The Cambridges are the future heir family of The British Royal Family. Their official residence is Kensington Palace. Learn more about them here.

The Duke of Cambridge

Siblings: The Duke of Sussex

Full Title: His Royal Highness Prince William, The Duke of Cambridge, The Earl of Strathearn, and Baron Carrickfergus.

The Duchess of Cambridge

Full Title: Her Royal Highness The Duchess of Cambridge, The Countess of Strathearn, and Lady Carrickfergus.

The Cambridges are the future heir family of The British Royal Family. Their official residence is Kensington Palace. Learn more about them here.

The Duke of Cambridge

Siblings: The Duke of Sussex

Full Title: His Royal Highness Prince William, The Duke of Cambridge, The Earl of Strathearn, and Baron Carrickfergus.

The Duchess of Cambridge

Full Title: Her Royal Highness The Duchess of Cambridge, The Countess of Strathearn, and Lady Carrickfergus.

It is officially Valentine’s day ! The Day of Love! I though it would be appropriate on this day to take a trip down memory-lane and look at William and Kate’s love story from 2001 all the way up to now!
•2001
-William and Kate meet at St. Andrews University in Scotland 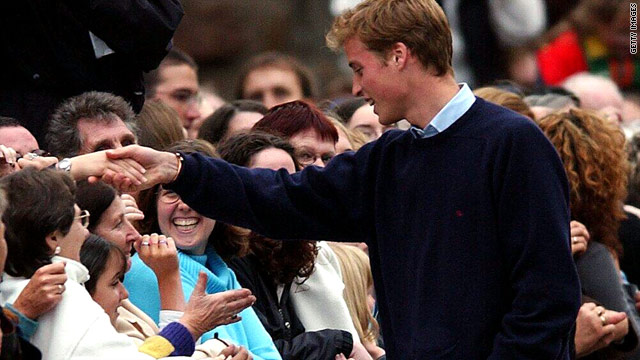 -At the end of 2001 Kate convinces William to continue studying at St. Andrews. He does but switches his course to Geography.
•2002
-Kate walks in the now famous fashion show with people reported William saying, “Wow! Kate’s hot!”. Although it’s besn reported she knew he was going and picked that outfit to impress him, Kate apparently didn’t know  William was going as he decided to go last minute.

-On their second year of University, William and Kate, along with a few friends, moved into a flat on 13A Hopestreet.

•2003
-William and Kate are photographed for the first time but these were never published because of the agreement the media had with William and the palace.

-Kate is invited to William’s 21st birthday party at Windsor Castle
-William and Kate are photographed again at a rugby game but these were also not published.

-William and Kate dance at a party at St. Andrews in December 2004

•2005
-Kate was invited to join Charles, William, and Harry on a skiing trip before his wedding to Camilla.

-Kate is not present at Charles and Camilla’s wedding to avoid a media circus and public speculation.
-William and Kate graduate from St. Andrews with both of their families including William’s grandmother, The Queen.

•2006
-William and Kate go skiing once again in Switzerland and share their first public kiss.

-William and Kate holiday in Ibiza with The Middleton Family and some friends. 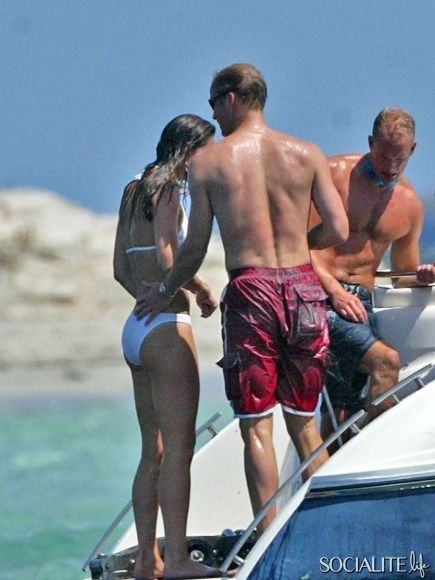 -Kate attended many polo events throughout their relationship and it would prove to be a very special place for them and their future family.

-In December, Kate and her family proved to be accepted into the royal circle both she and her parents were invited to Prince William’s Sandhurst Military Graduation. 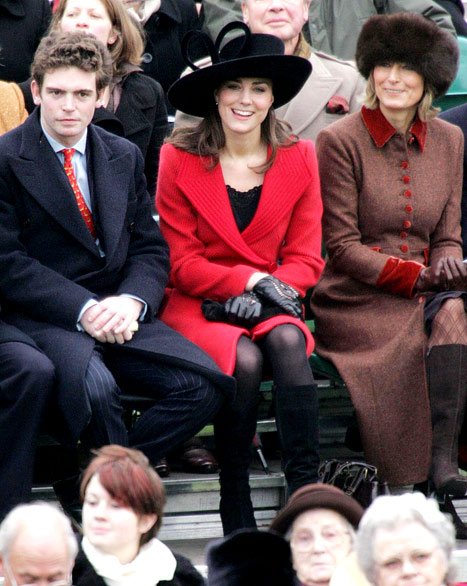 •2007
-Kate’s year started of horribly when she was harassed by the paparazzi on January 9th, her 25th birthday. 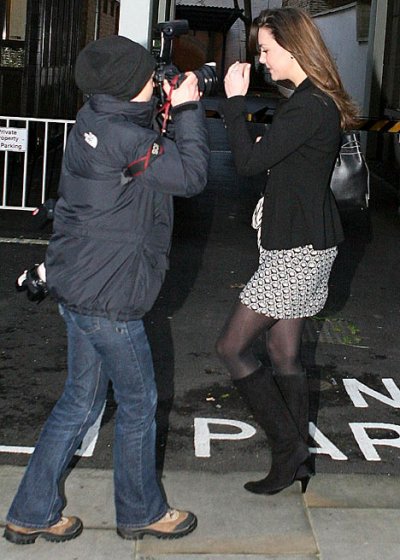 -William and Kate look happy and in love in February before hitting the rocks. 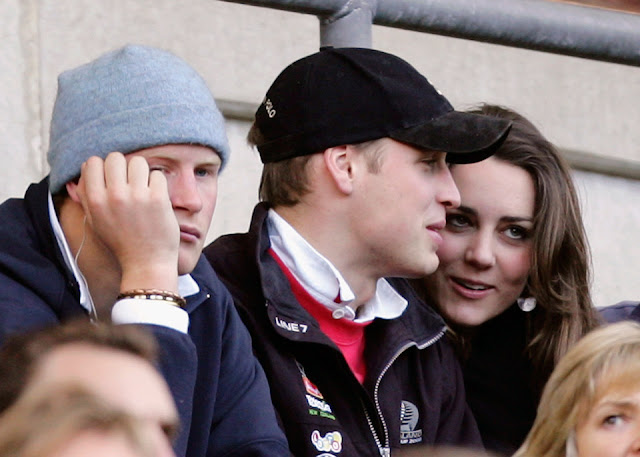 -William and Kate on a skiing trip in March already looking distant. 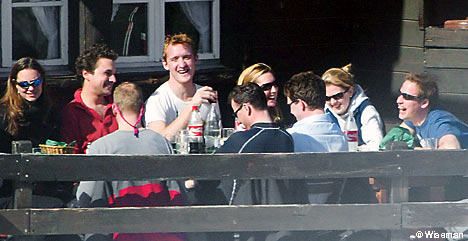 -William and Kate looking extremely distant at the end of march. This was the last time they were seen together for months. 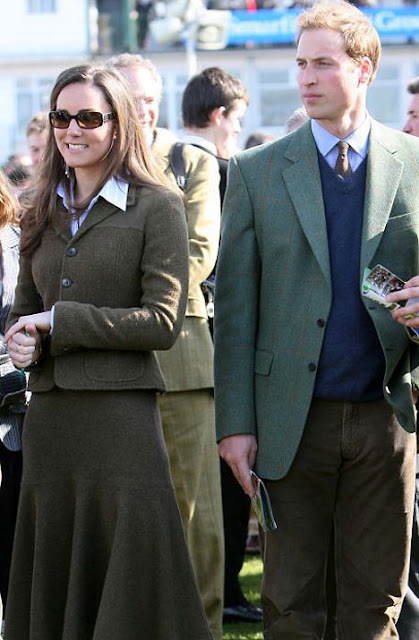 -William and Kate split and William was seen jumping on a table and yelling, “I’m free!”, at a bar.
-Kate moved on with her life and did what single girls do. She went and had fun with her friends and did things she couldn’t while in a relationship. No matter what the press say, I don’t think Kate had an agenda. I just think she was having fun.

-William starts pining for Kate and reportedly kept telling his army mates she was “the best thing that ever happened to him.”
-The media kept pairing William with a bunch of aristocrats including Isabella Calthrope in which the media until this day claim was
William’s one true love but isn’t true because they never dated.
-Kate focuses on herself for once and joins a rowing a group called, “The Sisterhood”. 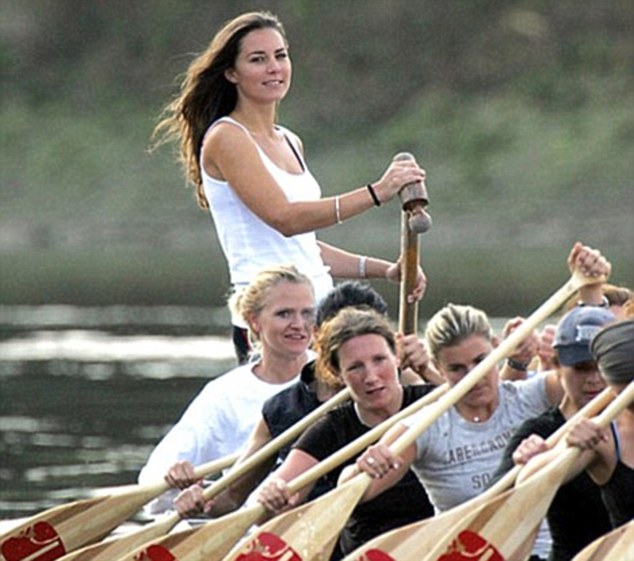 -William gets in contact with Kate but it takes him 2 months to convince her to rekindle their romance
-William and Kate are spotted at a party at his barracks where they were obviously back together.
-Kate spends the eve of the Princess Diana concert with William at Clarence house.
-William and Kate sat rows behind each other at the Princess Diana concert but then were seen together at the after party. 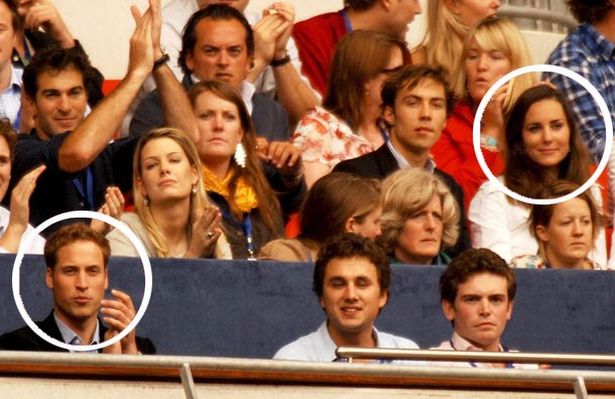 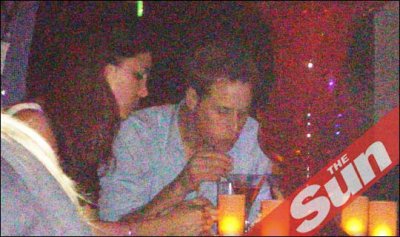 -At the end of August, William and Kate took a trip to the Seychelles for some alone time. It was reported that here, they promised each other they would live their lives and when the time was right they would get married and eventually have children. 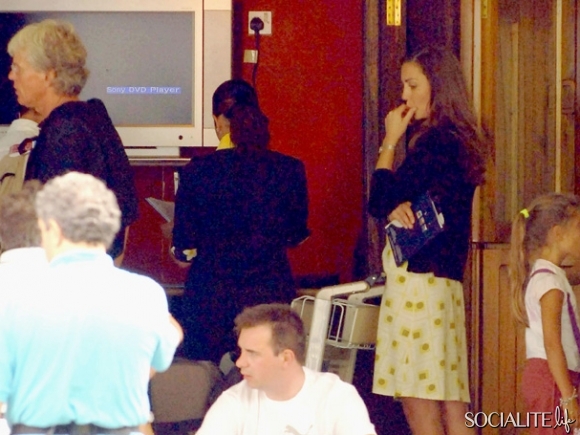 You know what? I think William and Kate’s break up was proof that not all break ups are bad. They grew stronger and closer together and they knew that this was what they both wanted: To be together.
-William and ice skating in December 2007:

-They went on vacation to Mustique: 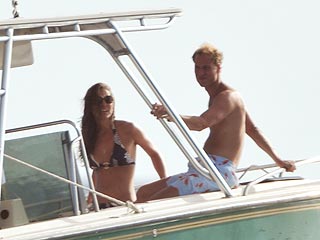 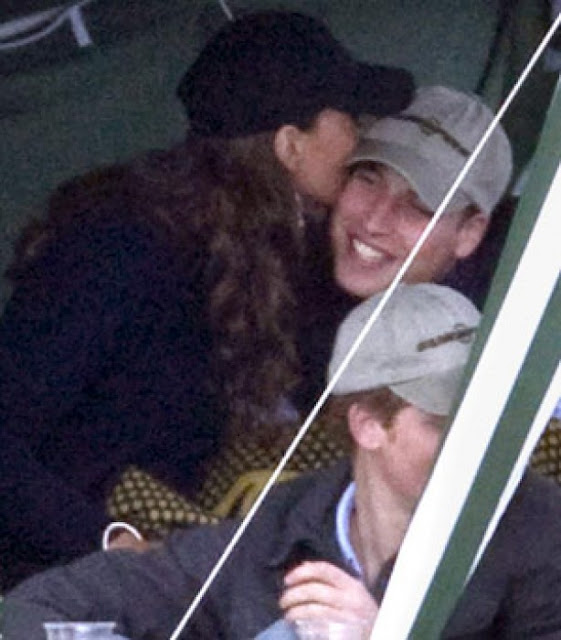 -Kate also attended two major royal events. One was the order of the garter ceremony, in which William was installed as the 1000th knight: 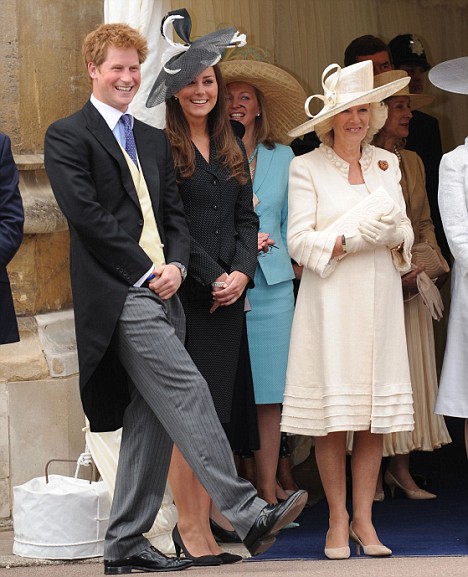 -And she attended the wedding of Peter Philips, the queen’s eldest grandchild, and Autumn Kelly, This is where Kate first met The Queen: 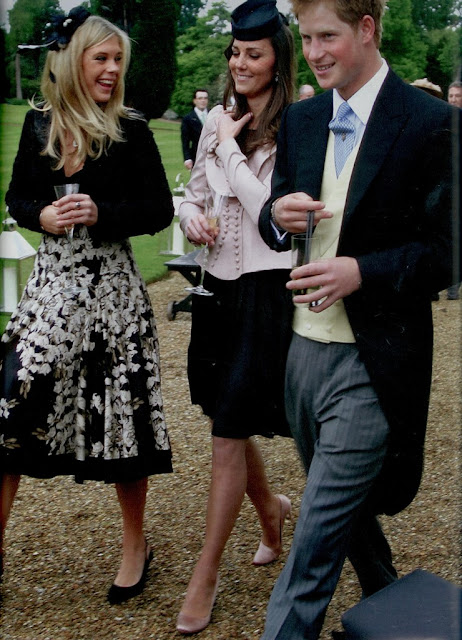 2009 was a very lowkey year as William was now living in Anglesey and Kate moved in with him at the end of the year.

We did see however:
-William and Kate become more comfortable in front of the cameras and them looking all loved up. 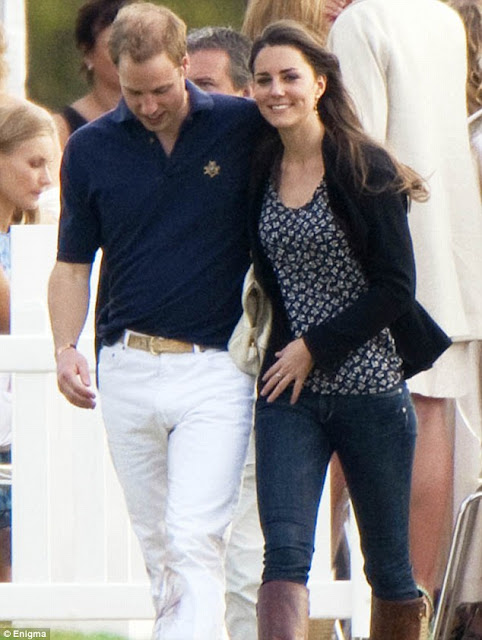 -William and Kate share a kiss after a romantic evening out. 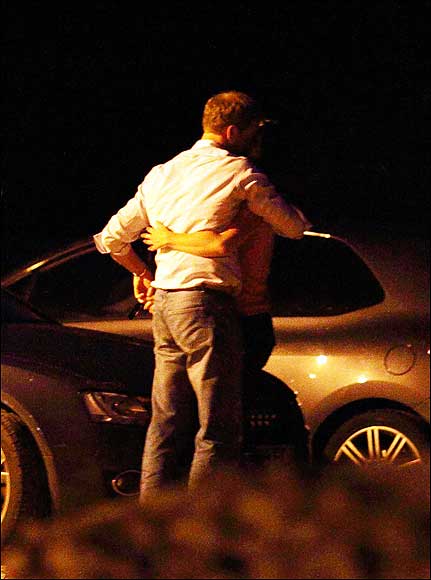 •2010
Not much happened in the beginning of the year because as I mentioned they were in Anglesey but 2010 turned out to be an iconic year.
-At the end of October, William and Kate walked side-by-side to a wedding which was quite odd for the low-key pair. They sent engagement speculation into overdrive. Little did everyone know…they were already engaged: 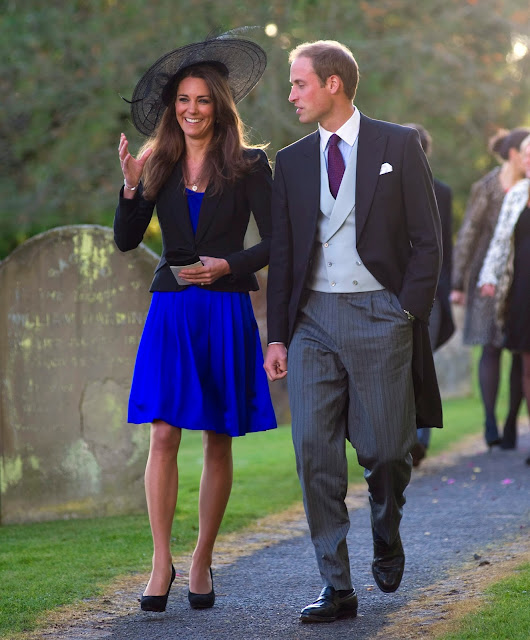 -On November 16th, 2010, William and Kate finally announced their engagement! 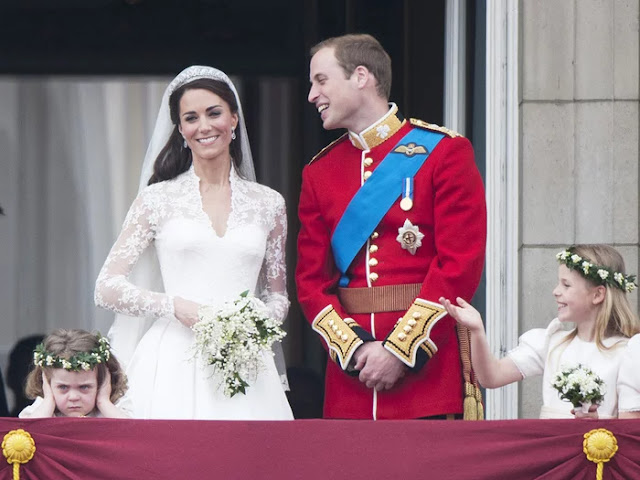 -They also went on their first tour to Canada in June: 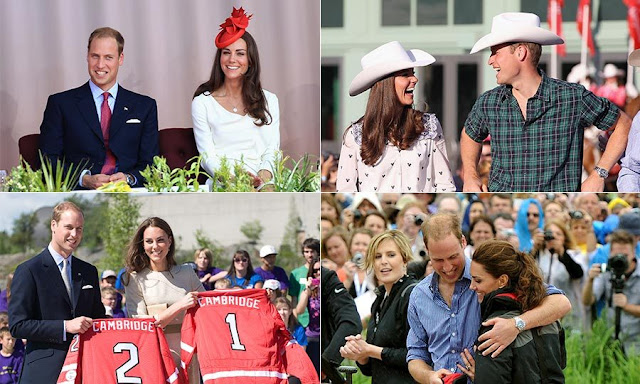 -Kate also spent her first Christmas with the royal family and away from her family: 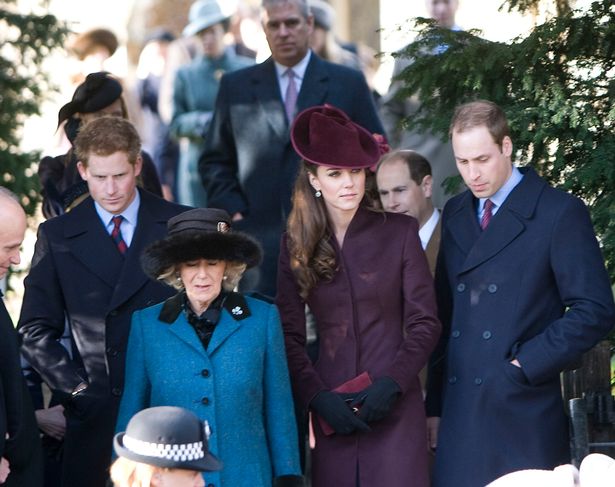 -2012 was another big year as in December it was announced Kate was expecting a baby! Sadly she was suffering from Hyperemisus Gravidarum. 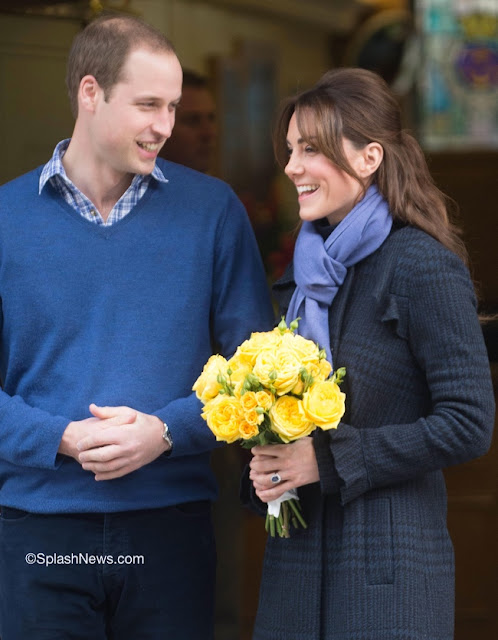 •2013
-On July 22nd, William and Kate welcomed their first child. A son, which they named, Prince George Alexander Louis of Cambridge. 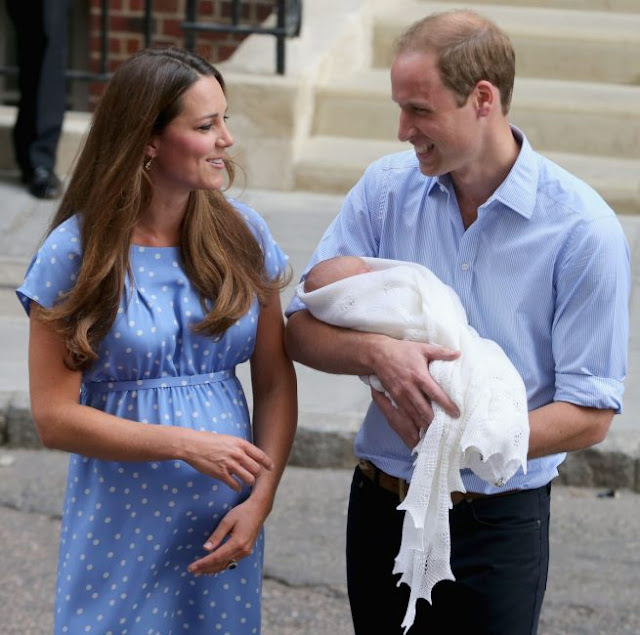 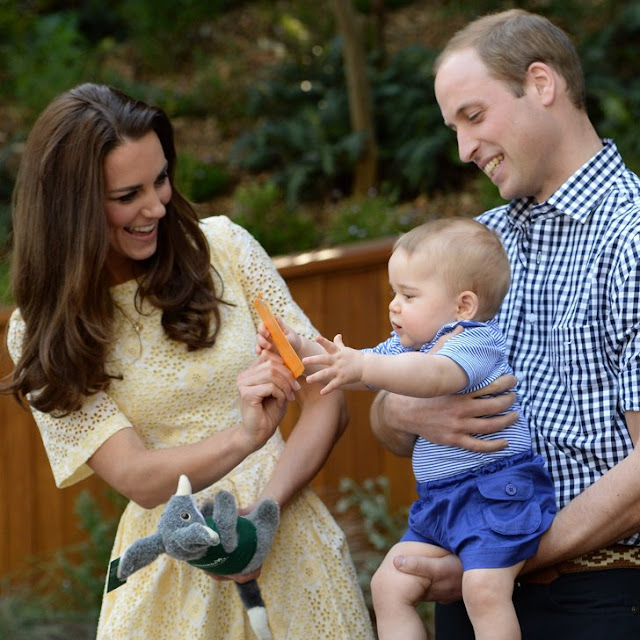 -William and Kate enjoyed some alone time in Glasgow at the Commonwealth Games.

-On September 8th, 2014: It was announced Kate was pregnant with Baby Cambridge 2.0!
•2015
-On May 2nd, 2015, Princess Charlotte Elizabeth Diana was born. The most senior royal woman born to the family in more than 65 years! 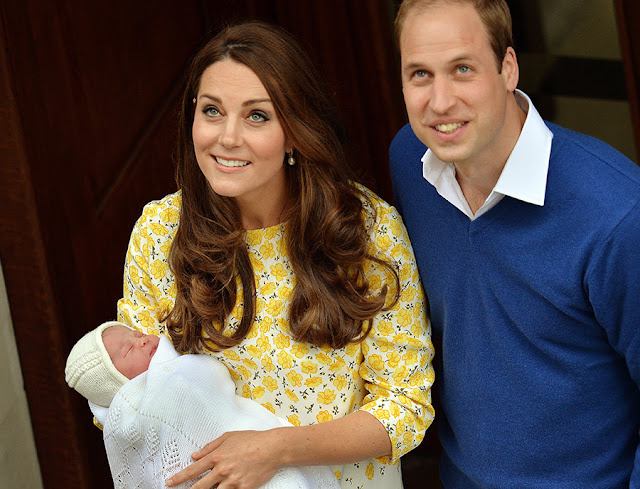 -Sporting events always bring out the PDA for William and Kate as they are usually more relaxed and this rugby game in September 2015 was no exception! 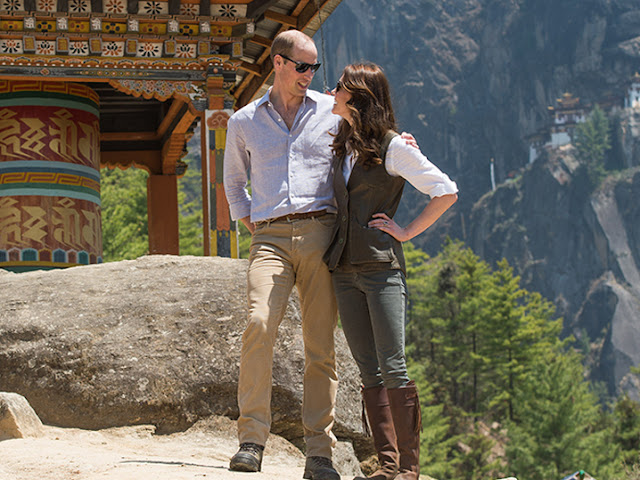 •2017
-William and Kate were playful and loved up as they attended a London Marathon training session:

-On September 4th, 2017: William and Kate shocked the world with the news they were expecting Baby Cambridge 3.0!  Lots of people, including myself, did not expect them to have a third!
•2018
– William and Kate  got some alone time before the birth of their third child as they embarked on a 4-day visit to Sweden and Norway! 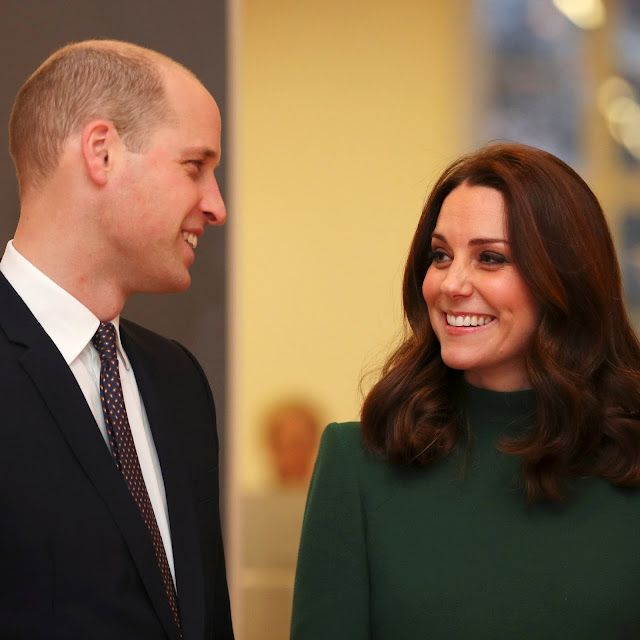 -William and Kate were all loved up at the wedding of his cousin, Princess Eugenie, in October 2018.

We have seen them go from friends, lovers, fiancees, spouses, and now parents to three kids! 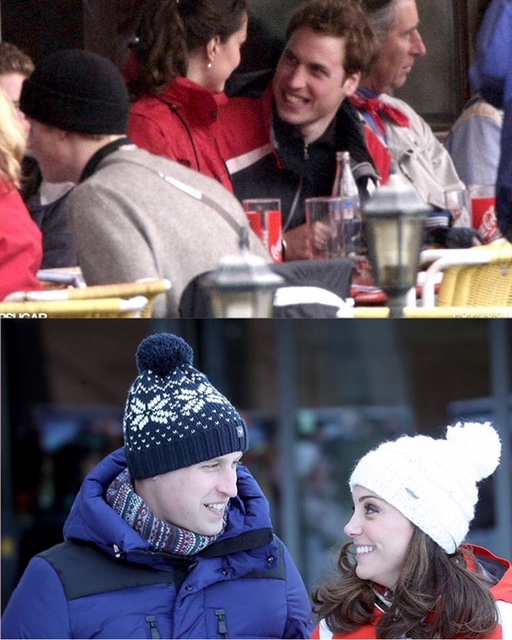 *Diary currently under review due to the COVID-19 break out*